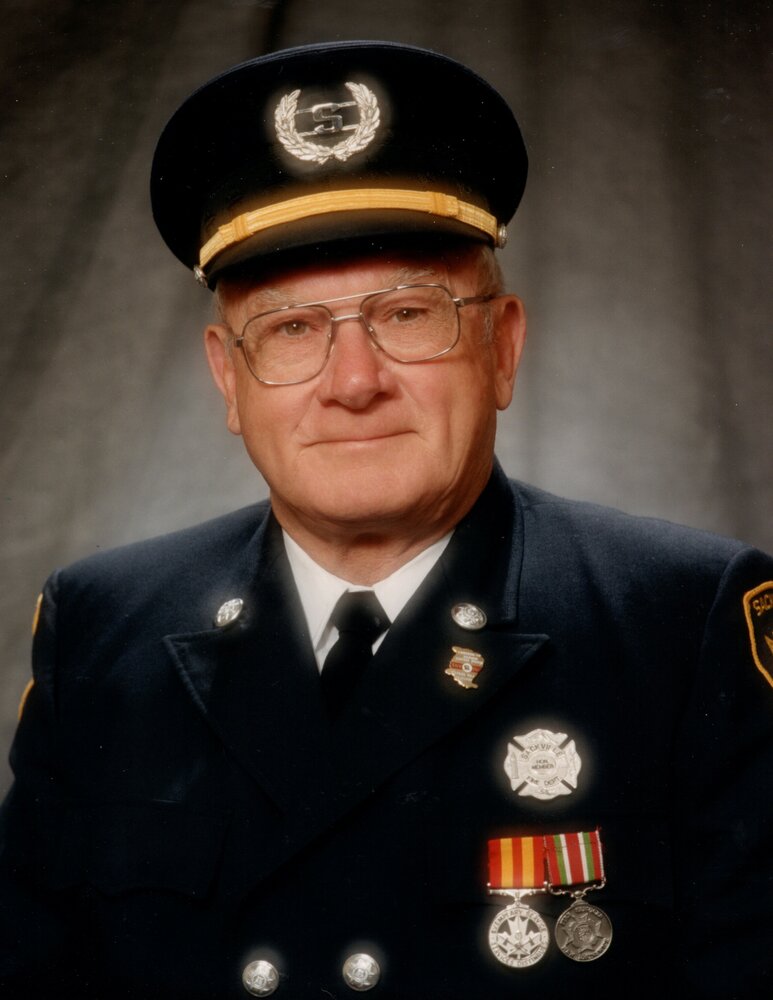 It is with deep sadness that the family of Douglas Alfred Neate announces his passing on Wednesday, November 10, 2021 at the Sackville Memorial Hospital at the age of 87.

Born on February 16, 1934 in Hazeldean, Victoria County, he was the son of the late Carrie (Holt) and Herbert Neate.

Doug attended school in Hazeldean (Bluebell) and then moved to St. Stephen where he worked at the Ganong Bros. Factory. While working there, he attended NBCC in Moncton, before moving to Sackville where he was employed with Lounsbury Company for 40 years. He was a past member of the Sackville Golf Club, the Sackville Curling Club, as well as a Mason with the Masonic Lodge. Doug was a Volunteer Fireman with the Sackville Fire Department for 37 years, where he served as Captain of Company No 1.

Doug had many happy years at the cottage at Walton’s Beach, where he liked sitting on the front deck and spending time with family and friends. He was a loving husband, devoted father and grandfather.

Doug will be lovingly remembered by his wife of 64 years, Mary Jane (Wood) Neate and their son, Paul (Tracy) Neate; his two grandchildren, Andrew and Melissa; his brother, Leslie Neate; his sister-in-law, Irene Neate, as well as by many nieces and nephews.

Besides his parents, he was pre-deceased by his two brothers, Harold Neate and Herb Neate, as well as by his sisters-in-law, Edna Neate and Joanne Neate.

Arrangements have been entrusted to Campbell’s Funeral Home, 89 Bridge Street, Sackville, N.B. (506) 364-8188. In keeping with Doug’s wishes, cremation has taken place and there will be no visiting hours or funeral service. A private graveside service for his family will take place in the Sackville Cemetery.

If so desired, donations in memory of Doug may be made to the charity of one’s choice. On-line condolences and sharing of memories may be forwarded to the family through our website www.campbellsfuneralhome.com or by visiting the funeral home Facebook page.

Share Your Memory of
Douglas
Upload Your Memory View All Memories
Be the first to upload a memory!
Share A Memory