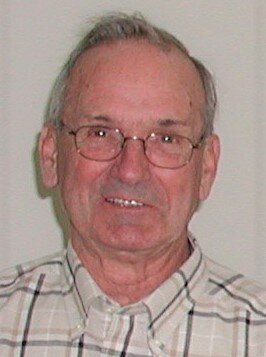 It is with deep sadness that the family of Douglas Strandberg announces his passing at the Drew Nursing Home on September 23, 2021 at the age of 81. Doug was born in Lund District, Saskatchewan, August 26, 1940. He was the son of the late Alice (Strandberg) Goodlad.

Doug left home at the age of 15 and had jobs on ranches, oil fields and house painting. His travels brought him east to Sackville, N.B. where he met his wife Carol and they stayed to raise their family. Doug was a lineman with N.B. Power for 30 years before his retirement in 2002. He loved to curl and was a member of the Sackville Curling Club. He coached curling and lacrosse and was the coach of the 1977 New Brunswick Canada Games Lacrosse Team. He was a super fan of the Tantramar Titans Football Team, especially when his boys were players.

Doug will be lovingly remembered by his wife of 57 years, Carol (Oulton); their sons, Wayne (Vicki) of Calgary and Greg (Crystal) of Moncton; grandchildren, Madeleine and Olivia and step-grandchildren, Madyson and Mataya; brothers, Leonard Strandberg and James Goodlad of Melfort, Sask.; brothers-in-law, Douglas (Nancy) Oulton and Peter Oulton (Nancy Bodfield); sister-in-law, Gail Strandberg, as well as by many nieces and nephews.

He was predeceased by his mother, Alice (Strandberg) Goodland; his brother, Kenneth; his mother-in-law, Betty (Carter)(Oulton) George; his fathers-in-law, Borden Oulton and Arthur George, as well as by his sisters-in-law, Elaine Strandberg and Sharon Strandberg.

Arrangements have been entrusted to Campbell’s Funeral Home, 89 Bridge Street, Sackville, N.B. (364-8188). Visiting hours will take place at the funeral home on Thursday, October 14, 2021 from 2-4 and 6-8 pm.  A graveside service will take place at the Sackville Cemetery on Friday, October 15, 2021 at 2 pm. In keeping with Covid restrictions, Proof of Double Vaccination, a Government ID and masks are required in order to enter the funeral home for visiting hours.

In lieu of flowers, donations in memory of Doug may be made to the Drew Nursing Home, Sackville Memorial Hospital Auxiliary or to a charity of one’s choice. On-line condolences and sharing of memories may be forwarded to the family through our website www.campbellsfuneralhome.com or by visiting the funeral home Facebook page.

The family wishes to thank the Drew Nursing Home Staff for their care and kindness during Doug’s over 6 year stay with them, especially during his last days.