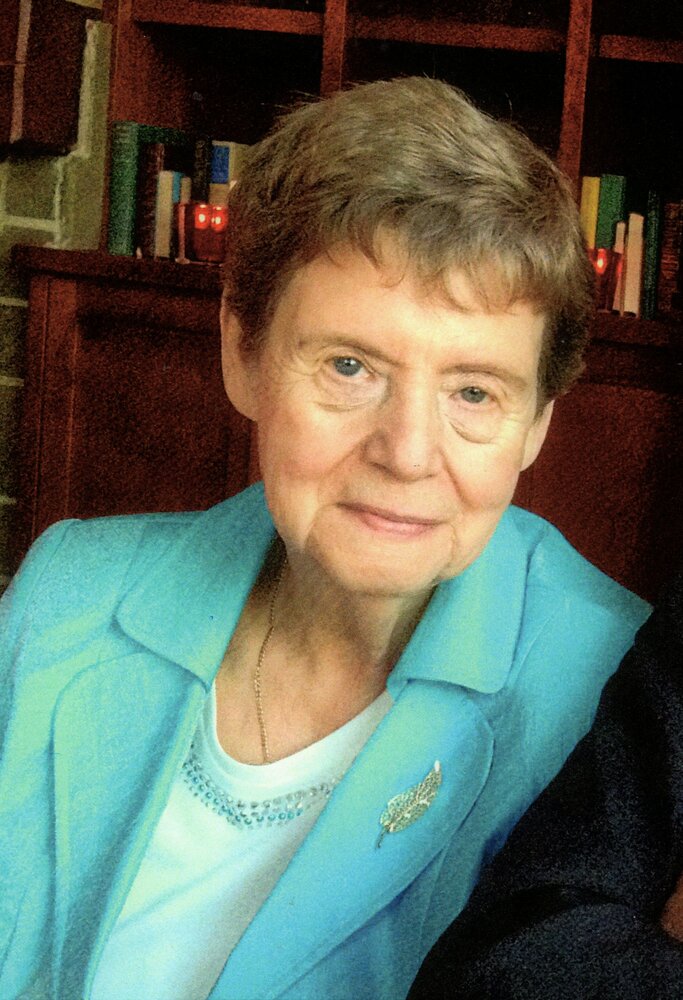 Carol was born on November 15, 1931, in McKinleyville, NB, to Will and Eva McKinley. After graduating from Derby Superior School in Millerton, NB in 1948, Carol worked at Eaton’s department store and as a Telephone Operator for NB Tel in Moncton to save for her nursing education. From 1949 to 1952, she attended nursing school at the Miramichi Hospital School of Nursing in Newcastle with practicums at the Royal Victoria and Children’s Memorial Hospitals in Montreal. She enjoyed a 36-year career in various nursing roles, including as a General Duty RN at the Miramichi and Sussex hospitals and Head Nurse at the Mount St. Joseph Extensive Care Unit in Chatham, NB. She spoke often of how much she enjoyed her time caring for people; it truly was her calling and her passion. Her family can certainly attest to her bringing that training home when they weren’t well, with a constant supply of clean sheets with hospital corners, aired out rooms (even in January!), plenty of disinfectant, and of course, lots of care. Carol often joked that as a child she would say that she wanted to grow up to be a “nurse and an old maid, just like Aunt Wilma”, and that she got it half right!

Carol enjoyed many hobbies through the years, from her early days square dancing throughout the Maritimes with Ed, to going for fishing and picnic daytrips with John to Miramichi and going for drives with George and his daughter Karen, who she adored. Carol had a wicked, and sometimes very wry, sense of humour, which she has gifted to much of the family. She was always up for a good game of cards, often accompanied by a cup of King Cole tea (half cold water!) and something sugary to satisfy her sweet tooth. If you were lucky around Christmas, that sweet tooth often translated to a batch of her famous scotch cookies!

After retiring in 1988, Carol devoted more time for her other joys, including gardening (where she developed an extensive collection of garden gnomes), bird watching, crocheting enough doilies for everyone in the family to have at least two, and creating dozens of 3D Hummell pictures. One of her greatest joys was her grandchildren, and she devoted much of her early retirement years to spending time with them in New Brunswick and Ontario.

Arrangements have been entrusted to Erin Campbell and the staff of Campbell’s Funeral Home, 89 Bridge St., Sackville, NB. At Carol’s request, no funeral service or visitation will be held. An internment service will take place in the spring at the St Mary’s Roman Catholic Church Cemetery in Newcastle, NB.

To honour Carol’s life and service to the field of nursing, donations can be made to Dalhousie University’s School of Nursing Student Assistance Fund (giving.dal.ca) or to the Alzheimer Society (alzheimer.ca).

The family would like to express their gratitude to the staff at Parkland Riverview (Royal Court and Monarch Hall) for their excellent care of Carol over the past six years. It was always comforting to know that she was in such excellent hands.