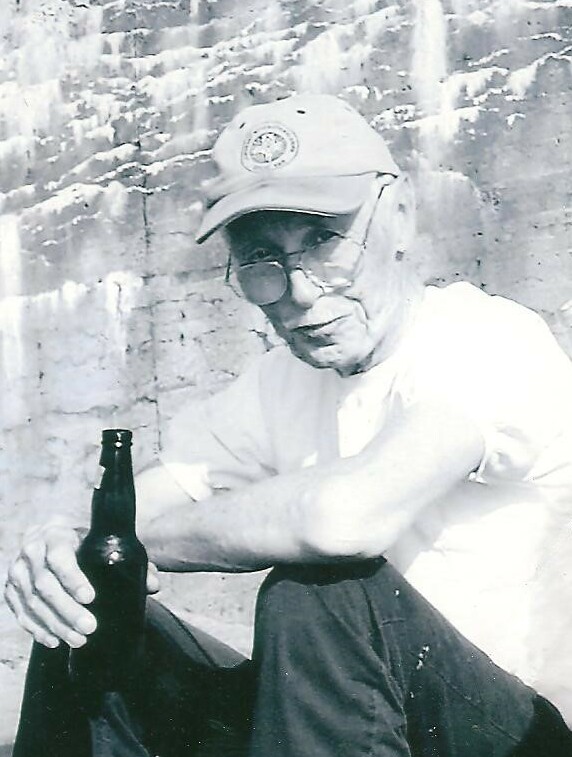 Laurie Leroy Allen, keeper of the fishing poles, giver of bottled clams, died on Friday, November 25th , 2022 at the Sackville Memorial Hospital. The same hospital in fact where two of his children were born and where he spent many a night tending to those same children with broken bones, asthma attacks and other ailments. He was born in Botsford, NB on July 9th, 1936 to Wilda Reid and Milton Allen.

Laurie is survived by his brother Don Allen (Jean) of Cape Tormentine and anyone can tell you that those two were fishing legends. Don provided the bait and Laurie provided the beer and extra rods. Together they were unbeatable and today they hold the unofficial record of the most mackerel caught off the Cape Tormentine ferry wharf.

Laurie had 2 broods of children totalling 8, whose names he would have to cycle through until he got it right, sometimes he gave up part-way through. The first litter he had with Zandra Wheaton: Tim (Deb), Susan (Terry), Christine and Heather. The second was with Donna Allen (Danny): Ashley (Luke), Lacey, Dallis (Mariah), and Colten.

Laurie was a jack-of-all trades and excelled at each one until he decided it wasn’t for him anymore, although he carried on as a professional charmer until the day he died. He could be found tearing up the dancefloor as he loved music. Sliding across the dance floor on his knees, whipping his glasses from his face was his signature dance move. He was suddenly able to play the piano after having a few drinks, although some would argue otherwise.

In his younger years he would skip school to pick berries and sell them for pennies, raised chickens with his grandmother, ran a restaurant, joined the military, worked for CN, was a certified welder and heavy equipment mechanic, fished lobsters, drove transport, owned and operated FIN401 Limousine Service, and volunteered for The PEDVAC Foundation delivering food boxes to local families.

Laurie’s hobbies included boating and fishing for mackerel and trout, hiding his catch in a plastic grocery bag beside the car battery to make sure he wasn’t over his daily catch limit. He once took his son, Tim, fishing and parked along the railroad tracks where they geared up in hip waders and trekked 3 kilometers down the tracks to a brook. As they arrived at the brook, a car crossed about 100 feet away over another track crossing. Fishing was serious business in the Allen household.

He loved waking up at 5:00AM to be ready for the morning clamming tide but then made his children drag a 550lb lobster tray full of clams across the sand bar because he was “too old”. He would spend countless hours and days soaking, shucking, cleaning, re-cleaning, AND re-cleaning those clams to make sure you didn’t bite down on a grain of sand. And let me tell you, they were the best damn clams you’ve ever tasted. He also enjoyed repairing broken watches during his quiet time and was sure you left with one after each visit.

Laurie had a spark that left everyone who met him wanting more. He was so very proud of the children his (ex)wives raised and would have given them anything and everything he had, except his boat wheel… The boat wheel was his.

Laurie did not want a funeral and he “didn’t want anyone crying over him”. He asked that we “just be happy”. He will be cremated and dusted on his favorite fishing spot. In lieu of flowers, the family asks that donations be made to the PEDVAC Foundation in Port Elgin (which enabled his tinkering) or just stop and talk to someone in the grocery store.

Forever in our hearts, we love you, Dad.

Share Your Memory of
Laurie
Upload Your Memory View All Memories
Be the first to upload a memory!
Share A Memory