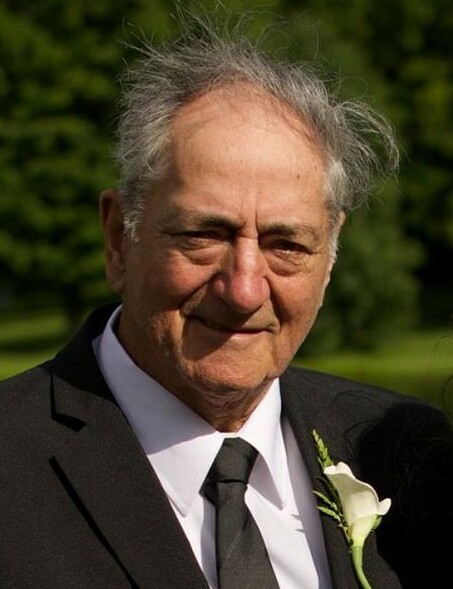 It is with profound sadness that we announce the passing of Jean Francois (Frank) Comeau, of Moncton, N.B., on September 9, 2022. Frank passed away suddenly at the Moncton Hospital at the age of 89.

Born in Meteghan Centre, N.S., on April 2, 1933, he was the son of the late Charles Comeau and Elizabeth (Saulnier) Scott.

Frank graduated from Saint Joseph’s University, Memramcook, N.B., in 1951. Always known as very industrious; as a young man, he worked in the woods logging and sending lumber to the mill in Bangor. In addition, he worked alongside his father at the D & C General Store in Meteghan Centre. One of his first independent projects was to build the Post Office in Lawrencetown, N.S.

In, 1993, he decided to apply his talents as a farmer in Dorchester, N.B., with his wife and two youngest children where he enjoyed building his "castle." He was always on the go in the garden or cutting the 10 cords of wood from his property that he put up each year. His final residence was his house in Moncton where he enjoyed spending time with his children and grandchildren whom he believed were his greatest accomplishment.

His favourite hobby was flying his aircrafts. He began with a Piper Cub in his early 20’s and gained his instrument raining designation in his twin engine Cessna.

Funeral arrangements have been entrusted to Erin Campbell and staff of Campbell’s Funeral Home, 89 Bridge Street, Sackville N.B. (506) 364-8188. In keeping with Frank's wishes, cremation has taken place. A funeral service will take place at the Middle Sackville Baptist Church on Monday, September 19, 2022 at 2 pm with Rev. Mark Reece officiating. A reception will follow in the Church gymnasium. Frank will be buried in Meteghan, N.S. on September 21, 2022 at 11 am at the Stella Marie Catholic Cemetery. All are welcome to join the family in honoring Frank's life at the funeral and at the graveside.

If so desired, donations in memory of Frank may be made to The Humanity Project, Moncton, N.B., the Ray of Hope Soup Kitchen, Moncton, N.B. or to the charity of one’s choice.