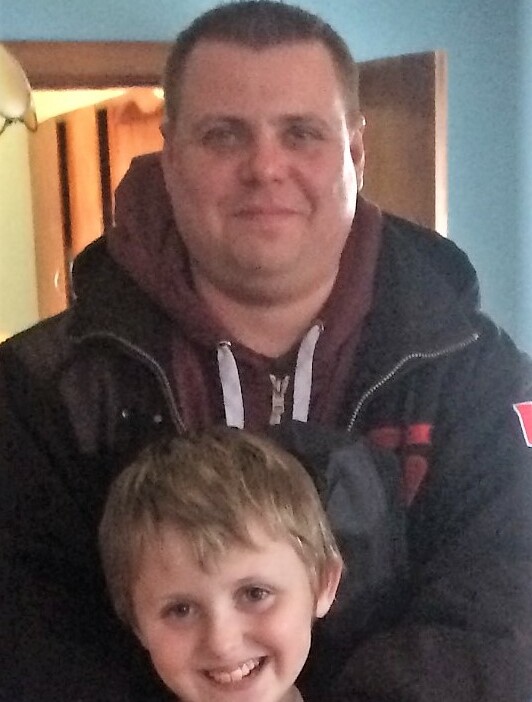 It is with deep sadness that Aaron’s family announces his sudden and unexpected passing on Friday, August 5, 2022 at the age of 40.  Aaron passed away at the Sackville Memorial Hospital with his family by his side.

Aaron received a scholarship to Mount Allison University where he studied political science.  He went on to become a Certified Red Seal Automotive Technician and worked for Gary Estabrooks Auto Service and for S Hall Tire Muffler & Auto Repair in Sackville.  Aaron enjoyed four-wheeling with his friends and spending time outdoors. His greatest joy was his son Jadyn and they loved to spend time fishing and four-wheeling together in his younger years.

Aaron will be lovingly remembered by his son, Jadyn Berry; his mother, Arlene (Wry) Jones; his sister, Melissa Berry; his step-father, Stephen Jones; his paternal grandparents, Wayne and Deanna Berry; many aunts, uncles, extended family and friends, as well as by his special friend, Trish Wells and her children, Ethan, Alexis and Zoey.

Aaron was pre-deceased by his father, Charles Berry; his maternal grandparents, Horace Wry and Phyllis (Hicks) Wry, as well as by his aunt, Kim Wry.

Funeral arrangements have been entrusted to Erin Campbell and staff of Campbell’s Funeral Home, 89 Bridge Street, Sackville N.B. (506) 364-8188. Aaron’s family invites you to a graveside service to be held on Saturday, August 13, 2022 at 11 am at the Sackville Cemetery with Rev. Lloyd Bruce officiating.

If so desired, donations in memory of Aaron may be made to the charity of one’s choice. On-line condolences and sharing of memories may be forwarded to the family through our website www.campbellsfuneralhome.com or by visiting the funeral home Facebook page.

Share Your Memory of
Aaron
Upload Your Memory View All Memories
Be the first to upload a memory!
Share A Memory