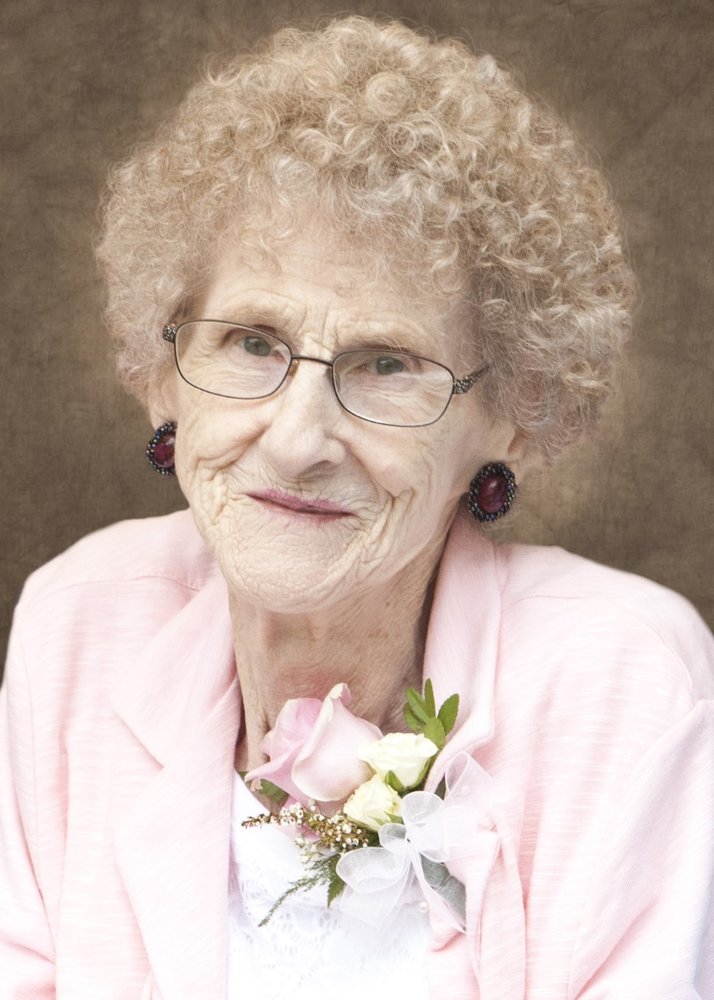 With broken hearts we announce the peaceful passing of Gwendolyn ‘Noreen’ Mosher (Brough) on August 15th, 2019 at the Drew Nursing Home, Sackville, NB at the age of 94.

Noreen was born in Leek, England on July 25th, 1925, to Norman and Gwendolyn Brough. She was a War Bride who came to Canada in August 1946 on the Queen Mary with her oldest daughter Sheila. She lived in Alma, NB for several years before moving to Moncton where she resided until 2001. She then moved to Sackville where she enjoyed living in the Drew Cottages.

Mum was loved by everyone who met her and will be remembered for her joyful spirit and happy laugh.  She was a beautiful, kind and caring lady.

She was pre-deceased by her parents; her sister, Thelma and by her son-in-law, Kenneth Harper.

Funeral arrangements have been entrusted to Campbell’s Funeral Home, 89 Bridge Street, Sackville (506) 364-8188. The funeral service will be held from St. Paul’s Anglican Church in Sackville on Monday, August 19th, 2019 at 11 AM with Rev. Canon John Simons officiating. Interment to follow at Fairhaven Memorial Gardens in Moncton, NB.

In lieu of flowers, donations in memory of Noreen may be made to the charity of one’s choice. On-line condolences and sharing of memories may be forwarded to the family through our website www.campbellsfuneralhome.com or by visiting the funeral home Facebook page.