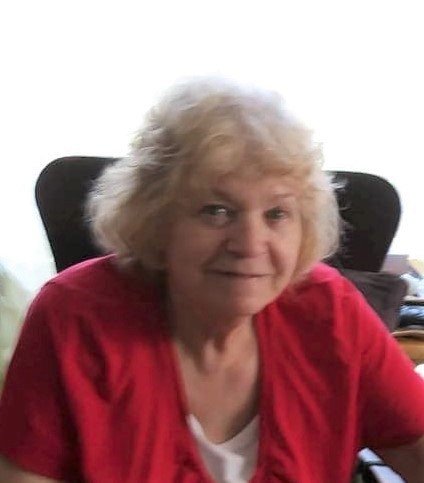 It is with heavy hearts that the family of Betty Ann Lee, age 69, of Amherst, NS, announces her peaceful passing at home, surrounded by her loved ones, after a courageous battle with ALS.

Born in Upper Nappan, NS, she was the daughter of Yvonne (Cormier) and Elmer Stewart Sr.

At the age of 16, Betty married Fred Lee of Sackville, where they resided until his death in 1990. They had a small farm that they worked together, and Betty was an avid gardener, excellent cook and baker.  Camping in Five Islands with her family and the CB Club members was always something Betty enjoyed.

Betty ALWAYS put her family before herself, so in 2000 it was a surprise when, acting on a “dare”,  she made a call to Elmer and invited him to go out for an evening. That dare turned into a 19-year relationship. They had so much in common and enjoyed going to any Bingo Center and playing TV Bingo. They attended the 50/50 Club for weekly card games and held card nights at their home. The highlight of Betty’s year was when she and Elmer travelled to Niagara Falls for two months and frequented the Casino! Their love for each other was evident just by watching them, especially the look they gave each other right until the very end. Elmer said it right when he said, “I hit the ball out of the park when I met Betty”.

Funeral arrangements have been entrusted to Campbell’s Funeral Home, Sackville (506) 364-8188. Visiting hours will take place at the funeral home on Saturday, August 17, 2019 from 11:30 am until 12:45 pm. The funeral service will take place immediately following the visitation at 1 pm with Father Craig Christenson officiating. Interment of Betty’s ashes will take place in the Midgic Cemetery.

There will also be an interment in the Four Corners Cemetery at a later date.

In lieu of flowers, donations in memory of Betty may be made to the ALS Society of NB and NS, VON Cumberland NS or to the charity of one’s choice. On-line condolences and sharing of memories may be forwarded to the family through our website www.campbellsfuneralhome.com or by visiting the funeral home Facebook page.