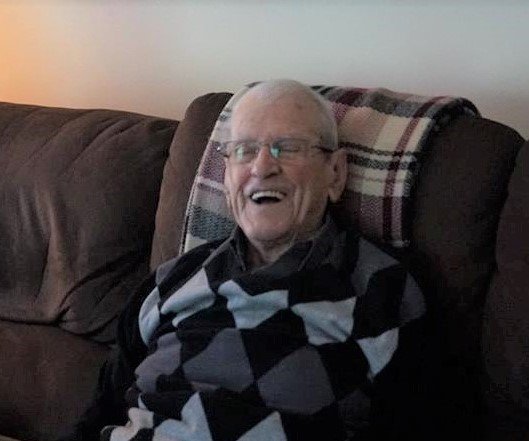 Don’s family sadly announces his passing at the Sackville Memorial Hospital on Thursday, November 15, 2018 at the age of 92.

Don graduated in 1945 from Mount Allison Academy (University) and then joined Atlantic Wholesalers (Eastern Hay & Feed) where he served in a number of positions, retiring as Vice President of Wholesale Operations in 1986.  He was a member of the Sackville School Board, Treasurer of the Sackville Curling Club for several years, as well as Past President of the Kinsmen and K40 Clubs.

Only taking up golf upon retirement, he scored three holes-in-one in a two-year period.  Don and Pat enjoyed his retirement years wintering in Largo, Florida and spending summers at the cottage in Murray Corner.  He was Treasurer for eight years of the nineteen years at Gulf View Mobile Home Park and was honored for his efforts in making the Largo Park resident owned.  Don and Pat were members of the Pine Needles Golf and Country Club and attended First United Church in Murray Corner, NB.

Besides his parents, he was pre-deceased by his granddaughter, Jessica Estabrooks, August 23, 1996; his sister, Frances Marks; his brother, Thornton Estabrooks, as well as by his daughter-in-law, Patty Estabrooks, September 18, 2003.

Arrangements have been entrusted to Campbell’s Funeral Home, 89 Bridge Street, Sackville, N.B. (506) 364-8188. In keeping with Don’s wishes, there will be no funeral service.  Family and friends are invited to come together to celebrate his life and share memories on Friday, November 23, 2018 from 2-4 at Campbell’s Funeral Home.  Don’s ashes will be interred in Pioneer Cemetery, Murray Corner, NB at a later date.

In lieu of flowers, donations in memory of Don may be made to the Sackville Memorial Hospital Auxiliary or to the charity of one’s choice. On-line condolences & sharing of memories may be forwarded to the family through our website www.campbellsfuneralhome.com or by visiting the funeral home Facebook page.

Share Your Memory of
Donald
Upload Your Memory View All Memories
Be the first to upload a memory!
Share A Memory