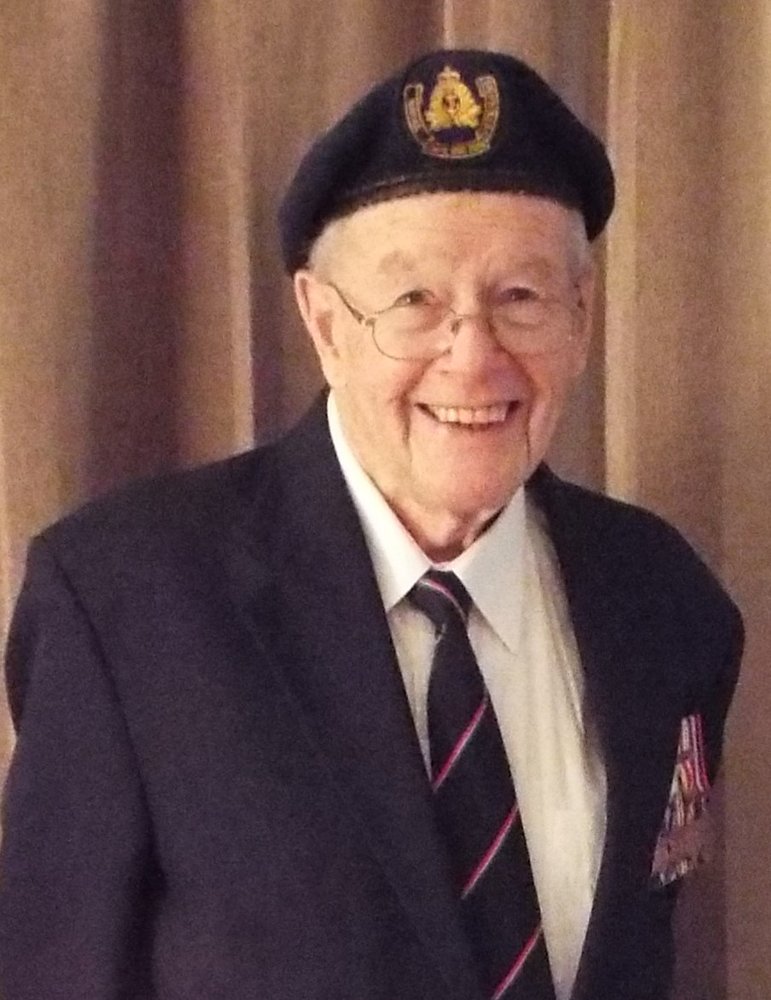 Following the funeral service, a reception will be held at the Royal Canadian Legion Branch #26, Sackville. Family and friends are invited to attend.

Sackville, N.B.- It is with deep sadness that the family of John Anthony Shaw announces his passing on Sunday, April 15, 2018 at the Drew Nursing Home. Born on December 18, 1926 in Redding, England, John passed away peacefully at the age of 91, with his family by his side.

John was a former Merchant Mariner and past Director of Sydney Harbor.  He enjoyed gardening in his spare time.  John was a member of the Royal Canadian Legion, Branch #26, Sackville, the Rotary Club of Sydney, by which he was awarded a Paul Harris Fellow.

John will be lovingly remembered by his children, David Shaw, Karen Schnittker and Ken Shaw; his son-in-law, Joe Schnittker; his sister, Sue (Maurice); his grandchildren, Madeline Schnittker, Jenna Shaw and Bradley Shaw, as well as by several nieces and nephews.

Besides his parents, John was pre-deceased by his wife Cecilia Currie (Barr) Shaw, as well as by his sister, Mary.

Arrangements have been entrusted to Campbell’s Funeral Home, 89 Bridge Street, Sackville, N.B. (506) 364-8188. In keeping with John’s wishes, there will be no visiting hours.  A memorial service will take place at the funeral home on Thursday, April 19, 2018 at 11 am with Rev. Lloyd Bruce officiating. Following the service, a reception will be held at the Royal Canadian Legion in Sackville and all are invited to attend.

If so desired, donations in memory of John may be made to the Royal Canadian Legion Branch #26, Sackville or to the charity of one’s choice. On-line condolences & sharing of memories may be forwarded to the family through our website www.campbellsfuneralhome.com or by visiting the funeral home Facebook page.

Share Your Memory of
John
Upload Your Memory View All Memories
Be the first to upload a memory!
Share A Memory