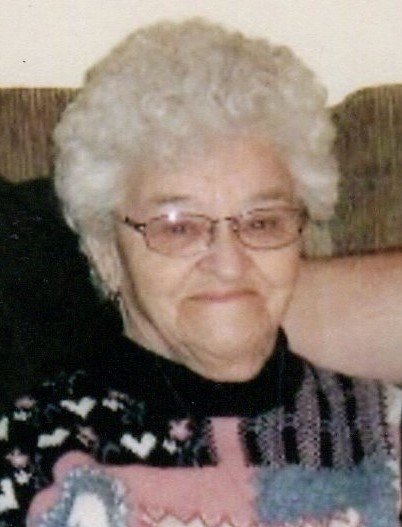 Midgic, N.B.- It is with deep sadness that the family of Hazel Laurine Beal announces her passing on Friday, April 6, 2018 at the Sackville Memorial Hospital. Hazel passed away peacefully at the age of 83, with her loving family by her side.

Born on October 12, 1934 in Amherst, N.S., she was the daughter of the late Pansy Marjorie (Burns) and Clifford Lambert Carter.

In her younger years, in the early 1950’s, Hazel was employed at the telephone office in Sackville. She married the late John Robert Beal on October 9th, 1953 and from the early 1970’s on she was a homemaker.  Hazel cared for her father-in-law for 17 years, both of her parents, her children and grandchildren.  She always put the needs of others ahead of her own because that’s the kind of heart she had.

Hazel will be deeply missed by her son, Ricky Beal (Deidre Noiles); her brother, Doug Pauley in Ontario; her sister, Nicole Carter; her granddaughter, Shelley Beal (Kyle Estabrooks), as well as by her grandson, Jay (Leslie) Ryan.

Besides her parents, she was pre-deceased by her husband, John Robert Beal in 2016, as well as by her daughters, Belinda and Shelley.

Arrangements have been entrusted to Campbell’s Funeral Home, 89 Bridge Street, Sackville, N.B. (506) 364-8188. A graveside service will take place later in the spring at the Midgic Cemetery with a date and time to be announced.

If so desired, donations in memory of Hazel may be made to the Midgic Cemetery, Midgic Baptist Church or to the charity of one’s choice. On-line condolences & sharing of memories may be forwarded to the family through our website www.campbellsfuneralhome.com or by visiting the funeral home Facebook page