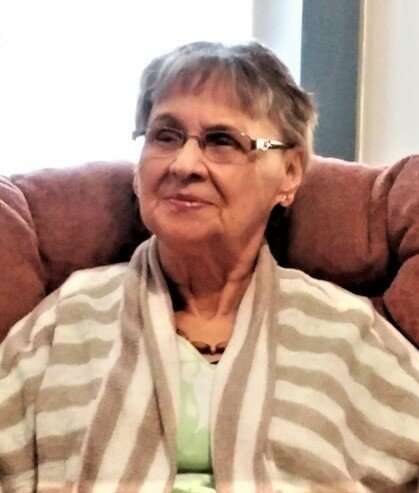 It is with sadness that we announce the passing of Louise Marie (Legere) Lorette on December 24, 2022 at the Georges L. Dumont Hospital in Moncton, following a lengthy battle with kidney disease.

Born on March 8, 1930, she was the daughter of the late Ernest and Alice (Richard) Legere of Middle Sackville.

Louise is survived by her two sons, David (Madeline) Legere of Moncton and Richard McCarthy of Amherst; her granddaughter, Michelle Chevarie; her great-grandchildren, Shawn, Stephen, Shania and Laqurecha; her great-great grandchildren, Gavin, Elektra, Alexis, Lyla, Braxton, Hunter and Vayda. She is also survived by her grandson, Richard McCarthy Junior; her great-grandaughter, Brianna and a great-grandson, Alex; her three sisters, Anita (late Laurie) Gallant of Dieppe, Doris (late Vincent) Chevarie and Albertine Ward of Sackville, as well as by several nieces and nephews.

She was predeceased by her brother, Ivan Legere, as well as by her two sisters, Jean Hicks and Alma Bainbridge.

Louise had a flare for fashion and loved shopping for clothes and going to the restaurant for Chinese food. She always enjoyed visits from her family and friends and in her later years liked to play cards and spend time with her friends at Residence McDougall.

Funeral arrangements have been entrusted to Erin Campbell and staff of Campbell’s Funeral Home, 89 Bridge Street, Sackville N.B. (506) 364-8188. At Louise’s request there will be no visitation nor funeral. A graveside committal service will be held in the spring.

Donations in Louise’s memory may be made to the charity of the donor’s choice.