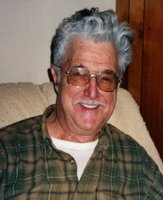 It is with sadness, but peace of heart that the family of Carl Trenholm announces his passing on Thursday, April 22, 2021 at the Westford Nursing Home at the age of 74. Born on August 15, 1946 in Amherst, NS, he was the son of the late Edson Trenholm and Audrey Chapman. Carl became a resident of Cape Tormentine not long after his birth in 1946 and was raised by his aunt, Cassie. He was a member of the Royal Canadian Legion, Branch #81 in Cape Tormentine, where he enjoyed playing music darts and cards. Carl enjoyed making model ships and boats and loved to play his guitar at the Legion, Westford Nursing Home and for the Music Festival at the Cape. Carl will be lovingly remembered by his best friend and cousin, Marion Dean; his cousins, Luetta Trenholm and Bobby Trenholm, both of Ontario, as well as by several other cousins. Besides his parents, Carl was pre-deceased by his grandparents, Alfred and Katie Trenholm; his aunts, Cassie, Helen and Anita; his uncles, Lyle and Francis, as well as by his favorite kitty, Patches. Funeral arrangements have been entrusted to Campbell’s Funeral Home, 89 Bridge Street, Sackville, N.B. E4L 3P1 (364-8188). In keeping with Carl’s wishes, cremation has taken place and there will be no visiting hours or funeral service. The burial will take place at a later date in the Bayfield Cemetery. If so desired, donations in memory of Carl may be made to the charity of one’s choice. On-line condolences & sharing of memories may be forwarded to the family through our website www.campbellsfuneralhome.com, by visiting the funeral home Facebook page or by mail in care of the funeral home.