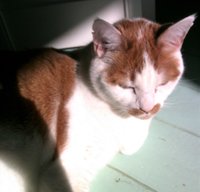 McCall, Judith (Jude) Lorraine (Person) – Dearly beloved, died at home July 21, 2020 after a short illness. Born April 29, 1952 in Mankato, Minnesota USA to Raymond and Goldia (Justis) Person. Judith spent part of her childhood in Richmond, Indiana before returning to graduate from Mankato High School in 1970. She attended Macalester College in St. Paul, Minnesota before transferring to the University of Minnesota to graduate in 1976 with a degree in anthropology, focusing on archaeology and participating in digs in Pipestone, Minnesota and York, England. After living in upstate New York state, she eventually returned to the Twin Cities (Minneapolis) Minnesota, where she met and married Todd McCall on October 22, 1989. Their shared love of Scottish and other country dance forms led them to explore Celtic dancing (Welsh, Cornish, Breton, and Manx), teaching classes and workshops and leading performance groups in the Twin Cities and in Madison, Wisconsin USA where they moved in 1995. After Judith's parents' deaths, the McCalls emigrated to Port Greville, Nova Scotia, Canada in 2006, where they participated in community activities, particularly the Age of Sail Heritage Centre, serving as board members and executive officers. Judith also worked as a travel counselor for seven seasons 2007-2013 at the Nova Scotia Visitor Centre in Amherst. Eventually, Judith's participation in the Tantramar Senior's College led the McCalls to relocate to Sackville, New Brunswick, where they taught several classes in Scottish, English and Celtic dancing. Judith's lifelong love of cats led her to support cat rescue organizations of all kinds, including the local CARMA chapters; sheep and rabbits were also special for her. She made a number of trips to the British Isles, particularly the Celtic lands, and also enjoyed travel all over Nova Scotia and part of Newfoundland. Judith will be lovingly remembered by her husband, Todd; her brother, David Person (Alice) of Conroe, Texas USA; her sister, Linda Rausch (Thomas) of The Woodlands, Texas; her two nephews; her niece, as well as by her two great-nieces. She was pre-deceased by her parents and one niece. Funeral arrangements have been entrusted to Campbell’s Funeral Home, 89 Bridge Street, Sackville N.B. (506) 364-8188. No funeral service will be held but at some future point a celebration of life may be organized when conditions permit. Please no flowers (cat eats bouquets). Donations may be made in her memory to the Age of Sail Heritage Centre, Lillian Allbon Animal Shelter, Hope for Wildlife, Atlantic Wildlife Centre, the Nature Conservancy of Canada or to CARMA. On-line condolences and sharing of memories may be forwarded to the family through our website www.campbellsfuneralhome.com or by visiting the funeral home Facebook page.