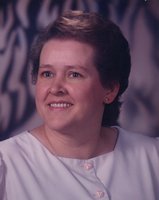 It is with deep sadness that we announce the passing of Marie Beatrice (Landry) Bernard of Point de Bute, NB on Thursday June 11, 2020. Bea passed away at the age of 77 after a courageous battle with cancer. Born September 28, 1942 in Shediac, NB. She was the daughter of the late Mary Florida (Richard) and Joseph William Landry. Bea lived and worked in Bathurst for 33 years. She was an avid crafter and enjoyed crocheting, sewing, baking and gardening. She will be lovingly remembered by her husband of 54 years, William (Bill) Bernard; her daughter, Shelley; her son, Shawn (Stephanie); granddaughters, Mélodie and Annabelle all of Dieppe NB; sisters, Elizabeth Jones (Aubrey) and Leonie Etter (late Amos) both of Point de Bute, NB and Dora Lomax (late Roger) of Grand Bay-Westfield NB, as well as by many nieces and nephews. Besides her parents, Bea was pre-deceased by her sisters, Bella (Arthur) Doiron, Margaret (Ronald) Belliveau, Theresa (Bliss) Jones and by her brothers, Edmond (Norma LeBlanc), Albert (Marilyn Cresine) and Euclide. Arrangements have been entrusted to Campbell’s Funeral Home, 89 Bridge Street, Sackville, N.B. (506) 364-8188. In keeping with Bea’s wishes, there will be no visitation or funeral service. In lieu of flowers, donations in memory of Bea can be made to the Point de Bute Cemetery, Canadian Cancer Society or to the charity of one's choice. On-line condolences & sharing of memories may be forwarded to the family through our website www.campbellsfuneralhome.com or by visiting the funeral home Facebook page.