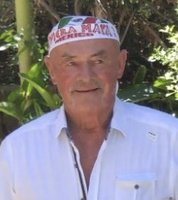 It is with deep sadness that the family of Ross Trenholm announces his passing on Saturday, May 2, 2020. Ross passed away at his home in Cape Spear, NB, at the age of 76. Born on March 18, 1944 in Cape Spear, NB, he was the son of the late Jessie Trenholm and Shirley (Gillam) Trenholm. Ross will be lovingly remembered by his son, Stephen Trenholm of Keswick, Ontario; his daughter, Andrea (Dean) Muir of Newmarket, Ontario; his brother, William (Carol) Trenholm of PEI; his grandsons, Daniel Morris, Mackenzie Muir and Reece Muir; his partner of 16 years Sharon Burns of Cape Spear, NB.; his brother-in-law, Jack Wells of Ontario, as well as by many extended family and friends. Besides his parents, he was pre-deceased by his sister, Cheryl Wells. “Ross”, they say, “is the man to talk to, he knows it all”. Ross was a man of integrity, honesty and courage. Ross was the most loyal friend a friend could have. He was very generous and spent every day giving back to his community and anyone he met. If you needed it, he would make sure that you had it. Ross was extremely compassionate, he loved his friends, and family deeply and held all of them in high regard and was very protective of those he cared for. He was precise about everything that he did if it wasn’t exact it wasn’t good enough. Those who knew him well knew that he kept the cleanest home on the coast. Ross loved to fish and he loved his garden, and he loved to share the fruits of his labour with those around him. He was a wise man, no matter what problem you had Ross had a wise word of advice to share. He watched people; he studied them and always knew the right thing to do in every situation. He didn’t dole it out unless you were asking but when you asked you could bet that he could tell you what to do. The last piece of advice that he gave me at Christmas was to “never have hate in your heart” because keeping hate in your heart would only hurt you. This was truly how he lived his life. Forgiveness would set you free. Ross’s work ethic was with no exceptions the best there was. He gave everything he had to his work and expected that from those who he worked with. In the end, his work ethic took him. When he should have been slowing down and perhaps enjoying an afternoon nap, the spring had arrived and he could not sit still or stop working on his property. He had to have it perfect and there was always something to be done. We will love you forever, in our hearts you will always be. Ross, Ross the Boss, Rosco, Little Joe, Dad, Grandpa. Funeral arrangements have been entrusted to Campbell’s Funeral Home, 89 Bridge Street, Sackville N.B. (506) 364-8188. Considering the current social distancing protocols, there will be no funeral services at this time. A celebration of Ross’s life will be held at a later date with the details to be announced. If so desired, donations in memory of Ross may be made to the Heart and Stroke Foundation or to the charity of one’s choice. On-line condolences & sharing of memories may be forwarded to the family through our website www.campbellsfuneralhome.com or by visiting the funeral home Facebook page.